Skip to content
LVRJ: Down syndrome son taught Linda Smith ‘to be a warrior mom’ 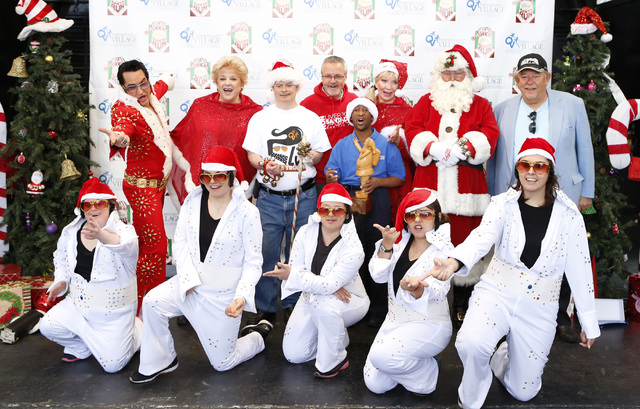 Tuesday marked the day that Linda Smith’s son, Christopher, was born as a Down Syndrome child, and our beloved Opportunity Village came into the world as a result. Linda today is no longer O.V.’s top executive, where she started as a volunteer 37 years ago.

Over that time, she raised a staggering $500 million for the nonprofit that serves the needs of those battling intellectual disabilities. Now she’s writing her life story and planning for a movie about her remarkable journey of courage.

A good friend who joined me in the tributes we made to Celine Dion for the death of her husband, Rene Angelil, Linda sent me an email Tuesday that I just had to share: “He is my miracle boy, and if all the medical professionals at the time of his birth had their say, this Down Syndrome son would not grace this earth.

“To say that Christopher’s unexpected birth changed my life would be an understatement of epic proportion. At the time of his birth, I was a model, actress and dancer, selfish and proud, an advocate to my own aspirations until my beautiful son came along and gave my life new purpose and meaning. Beautiful people do not just happen, and he was born for a reason.

“Christopher saved my life and taught me to be a warrior mom, to never give in, to welcome adversity and not accept no as an answer. On the occasion of his birth, the rules were laid down. ‘Give him up,’ they said, ‘He will soon die. Should he live, to keep him will mean a lifetime of heartache.’ I quickly learned that rules are made to be broken.

“Statistics cite that 90 percent of Down Syndrome children are killed before birth. The other 10 percent are handed a bleak future. What is it that causes us fellow humans to pass judgment on each other? On people who are perceived to have less value? What is it about us that we focus on the imperfections of others? The world is much better with people like Christopher in it.

“Together, my unwanted boy and I swam against the tide, refusing to conform while living life on our own terms. Christopher was almost born in the air, on a flight from the U.S. to Canada. His sudden birth in Canada to naturalized Americans meant the start of an 18-year immigration fight to legalize him in the U.S.

“At the border, my baby was labeled an undesirable alien, not by virtue of his unanticipated birth in Canada, but instead because of his disability label. For 18 years, we fought the system —

“Along the way and attributable to his birth, I raised millions of dollars to build an American model of disability services and self-sufficiency, a place Christopher could not attend due to his immigration status.

“Today is the day Las Vegas was born. It’s the day a special village was founded and the day my son came into the world. The stars aligned at his precipitous arrival, and his journey brought humanity to Las Vegas and inspired a struggling charity.”

It’s a wondrous lesson to be learned by all of us. Now as Linda consults and assists other charities, we can take a page from her playbook. She has become a nationally recognized advocate for the rights of the intellectually disabled all because a border agent refused her son entrance back home to the USA, saying he was “retarded.”